I just returned from a four day sewing retreat with 34 women.  I had signed up for it just a short while ago when they had a spot open up thinking that November would be a great time to take a break from the studio and get out with the humans again. When Thursday rolled around and it was time to leave, I was really  nervous to go .

My husband asked me why and I casually replied they weren’t my peeps. I didn’t know one single person who was going. He looked at me like I was crazy.  I went anyway.  I was just plain curious to see why the “modern quilters” were having so much fun and what they were all about. I admit I knew several of them by stalking their blogs but had never even left a comment or interacted with any of them before. I liked what I saw on some of their blogs and wanted in on the buzz that surrounds modern quilting.

A few hours later I arrived at the destination, Camp Stitchalot at the Hankerd Inn. 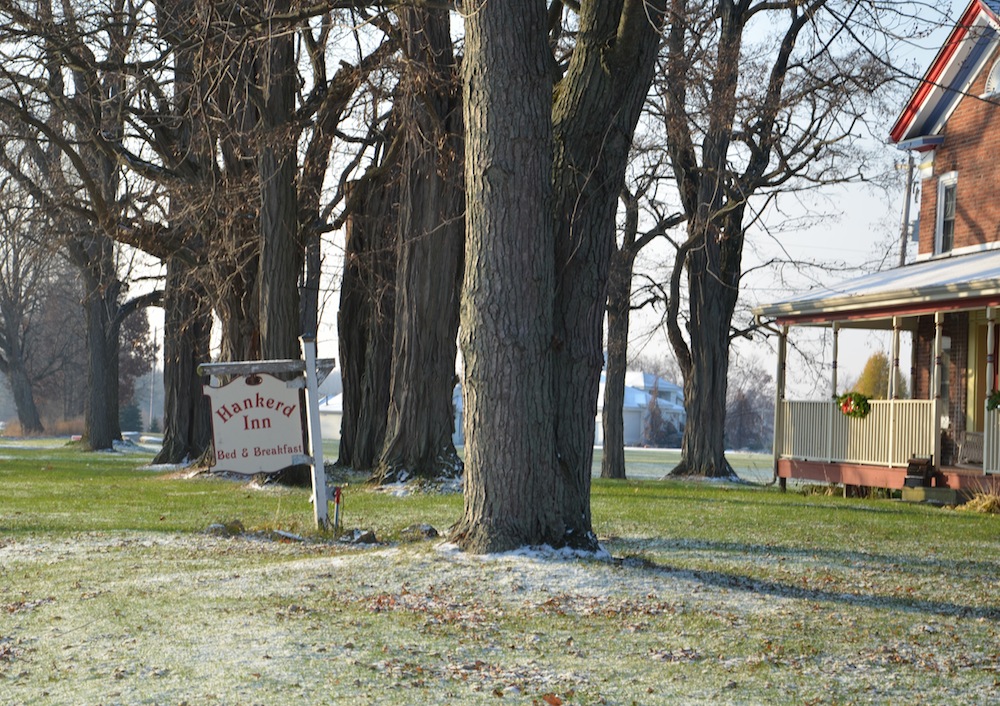 I set up my table and I was wedged between Carolyn Friedlander and Sherri Lynne Woods who would be giving workshops throughout the weekend.  I thought I could remain mysterious and quietly sew and observe. No such luck given my location. 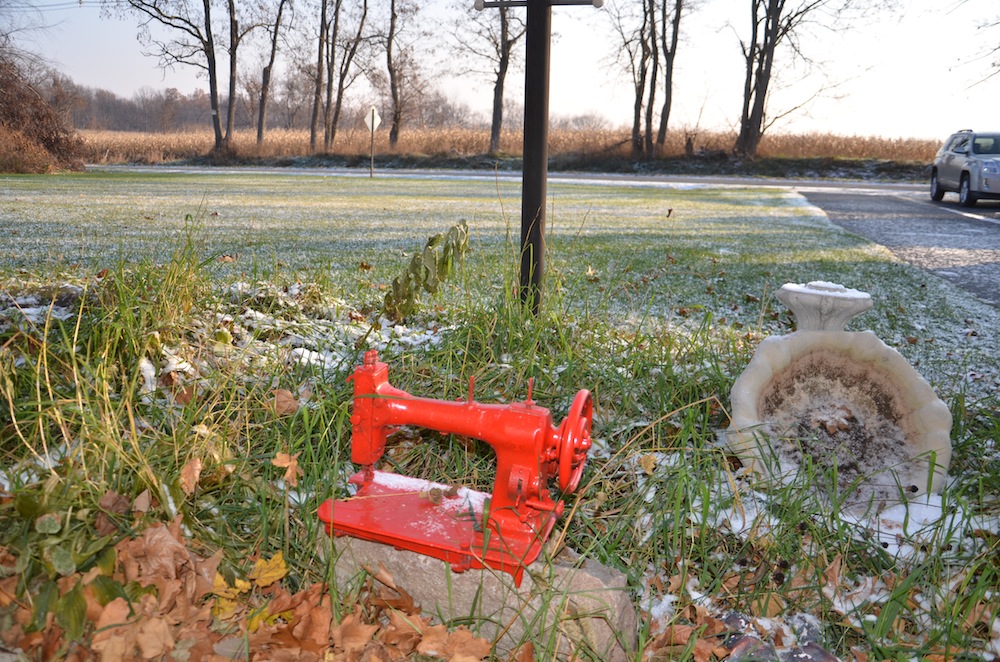 In fact I sewed right next to the lovely and sweet Carolyn. ( My mess to the left slowly evolving and Carolyn’s neatness obvious on the right. 🙂 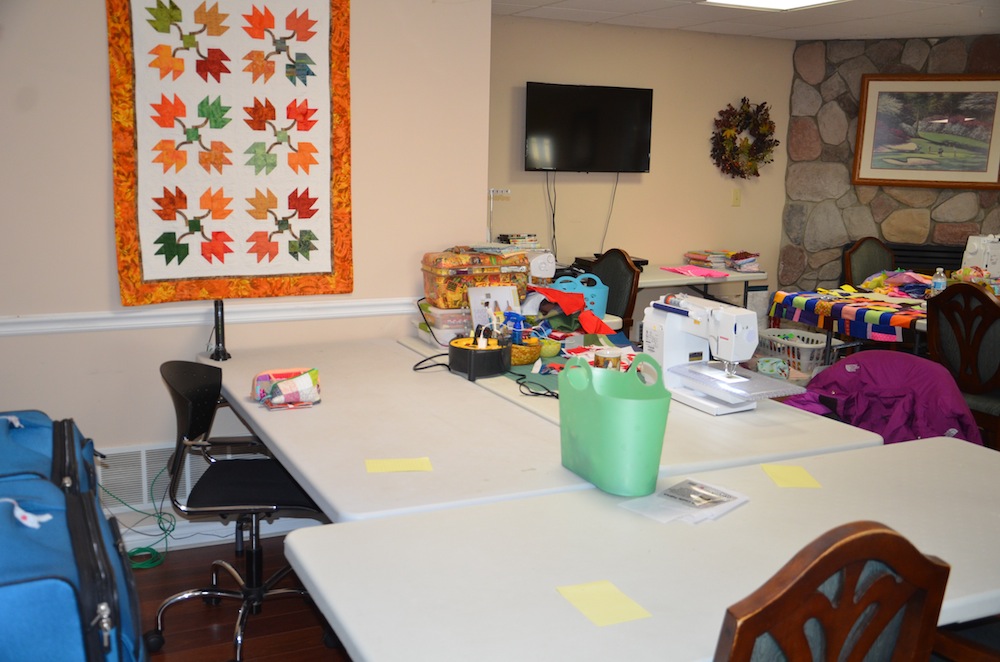 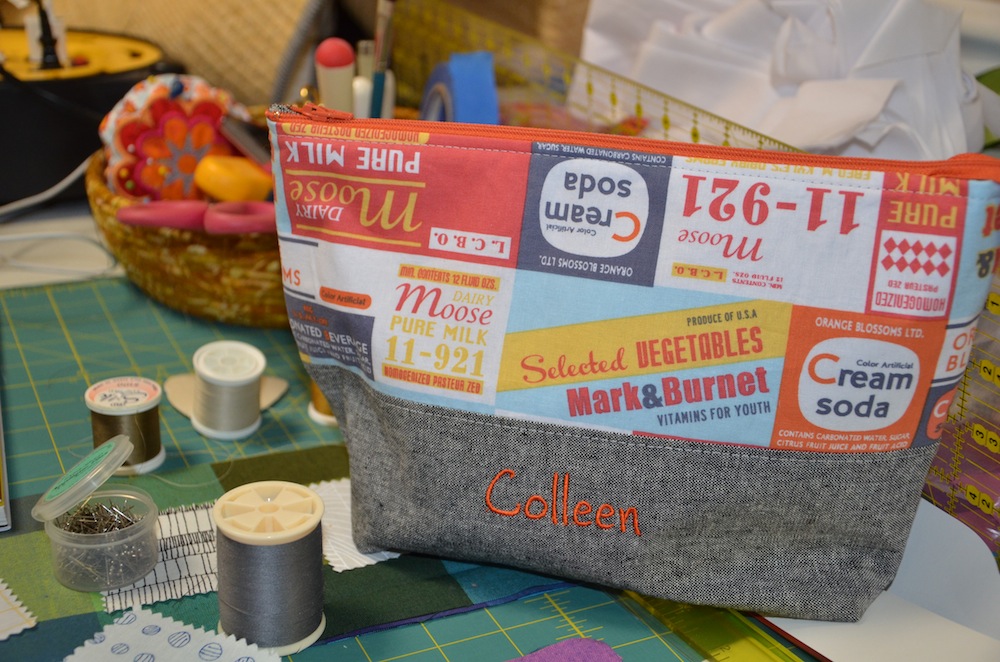 The weekend welcome included a bag made especially for each of the campers by the woman on my left who assembled 30 of these bags on Thursday. She was one speedy and industrious sewist!!!! To the left of the bag are little charm squares of Carolyn’s new fabric line “Doe ” which we received for her class on Friday. I fell in love with the mark making illustrations on these fabrics . Really in love with it and it comes out very soon.