Yes, I have been spending a lot of time looking at art, but what have I been doing this week as far as my work is concerned?

I spent the week cataloging or organizing each piece I have made in the past two and a half years. I found a program that is super easy to use called Flick. I struggled for about 6 months trying to learn excel on my own. Oh for pete’s sake-sometimes I wonder what I was wasting so much time on. I re-photographed some of the pieces so they have “real” pictures. Everything that is completed is priced and has been photographed. And a pile has been made of those that are unfinished and deemed worth the time to finish. Others have been let go of-trashed or cut up for other things.. What a great thing to let go of unfinished junk! In the end, I had 46 finished pieces. It was an overwhelming task to tackle before the 30$ purchase of this program. I refuse to think about all the valuable time I wasted before trying to do this on my own.

My inventory list also served as a way to prepare a short presentation for my class next week. (Where I came from and where I am at right now.) I really hate public speaking-really hate it but want to act like a mature adult and do a good job. Let’s hope I don’t cop out as it is optional.  This whole inventory list really helped me to see a chronological history of my work-what works and what doesn’t work.

Also, spent time machine quilting. Machine is back in working order and did so well I kept going and didn’t realize  I had a huge wrinkle quilted on the back. I’ll sit and remove it tonight while I watch some baseball. ( Love the Tigers for ripping out bad seams and bad quilting.) I really want to get it done before I leave on Sunday but that feels overly ambitious. 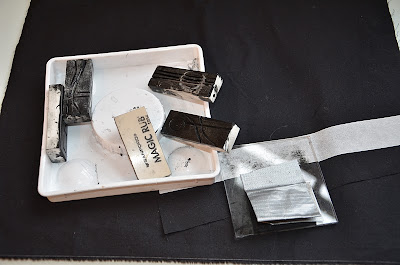 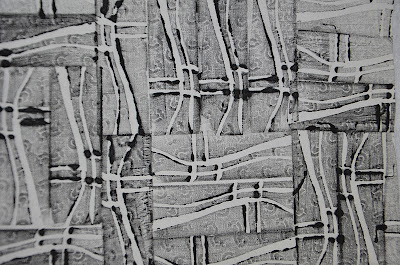 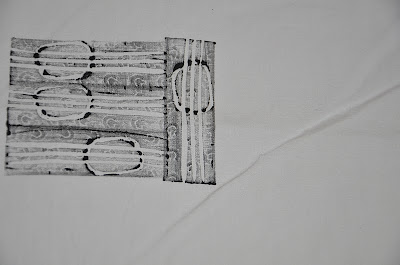 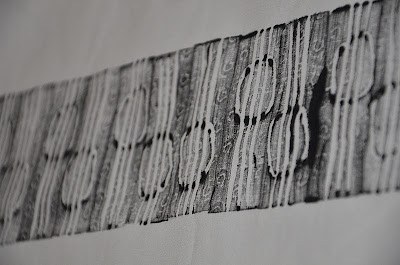 Then, I have been obsessively cutting stamps out of erasers and stamping black on white with Setacolors paint. And monoprinting. Obsessively. For as much as I hated black and white a few weeks ago, I crave it now. Crisp, truth-telling and beautiful. I am just going with this obsession for now. I’ll let you know where it leads me.

Be creative, my friends.

8 thoughts on “What About My Art?”